Short-sightedness, or myopia, in children can be difficult to spot with young children who won't know that blurred vision isn’t normal.

Short-sightedness tends to develop around puberty, and may become worse until the eyes stop growing.

What causes a child's short-sightedness?

Short-sightedness is the inability to see objects at a distance clearly. The eyeball is slightly longer than usual from front to back. Light rays which make up the images you see, focus in front of, rather than directly on the retina, the light-sensitive part of the eye. When this happens, objects at a distance seem blurry and unclear.

Children often inherit a tendency to develop short-sightedness from their parents. The manner in which a person uses their eyes, such as often performing detailed or close up work, may also have an influence on the progression of myopia.

How do I know if my child has short-sightedness?

Symptoms may only be found at school with difficult reading whiteboards at the front of the class.

In addition, make sure your child is examined in the first year of life, at the age of three, and at least every two years afterwards, especially if there is a family history of progressive short-sightedness or other eye conditions.

Can short-sightedness be prevented?

Since short-sightedness is often inherited, it is not possible to totally prevent its occurrence. However, there are steps you can take to minimise its effect. Make sure your child is examined early, especially if there is a family history of progressive short-sightedness or other eye conditions. If it is uncomfortable to do work or watch television from a standard distance, your child may already be developing short-sightedness and needs an examination.

In 2012, researchers from the universities of Bristol and Cardiff reported that children who spend more time outdoors playing when they are aged between eight and nine are approximately half as likely to become short-sighted by the time they are 15. 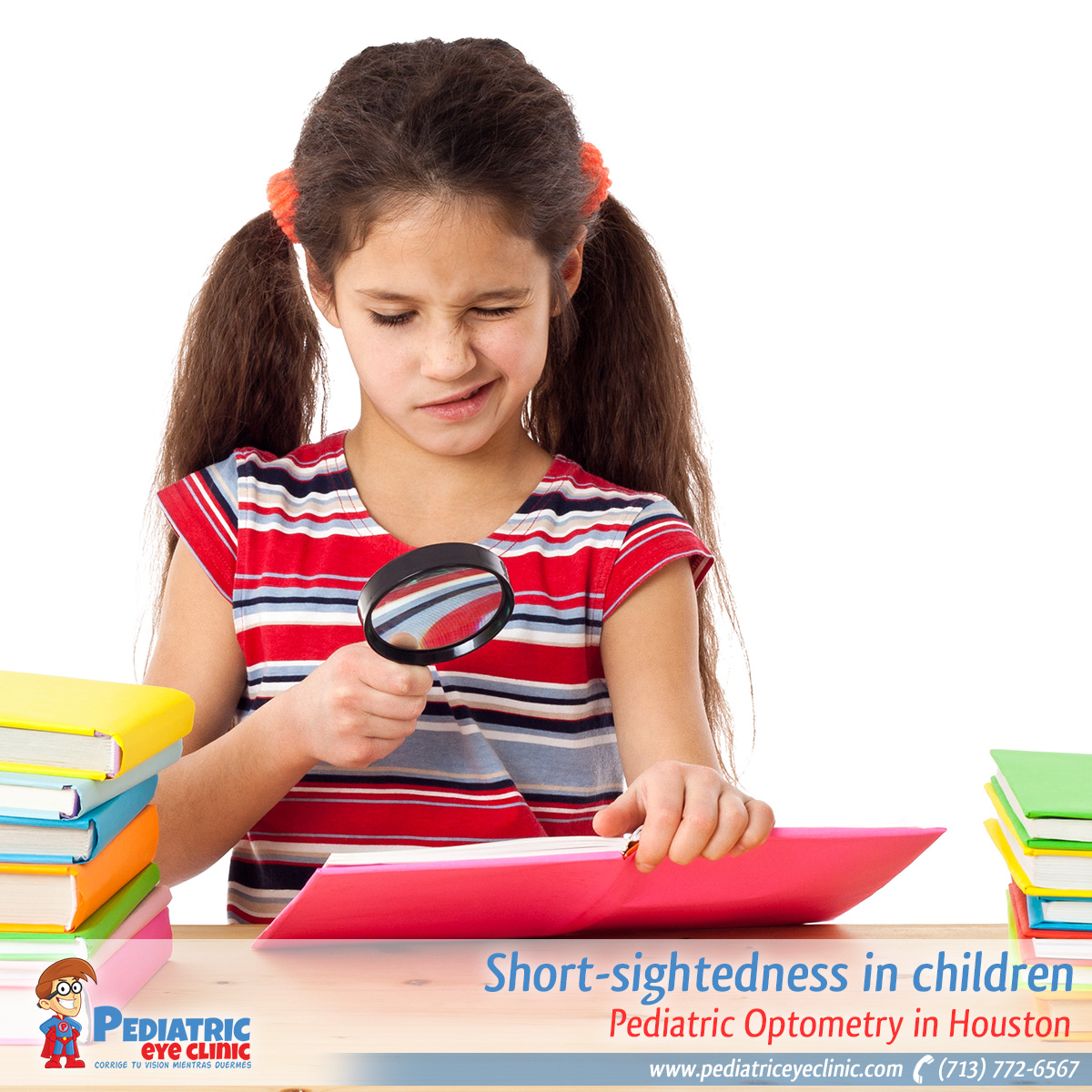