Astigmatism is a type of refractive error, which means that it affects how your eye focuses light. In an eye with astigmatism, light fails to focus properly on a single point on the retina, which is necessary for clear vision. Instead light falls on multiple focal points in front of your retina, behind your retina, or both.

Astigmatism is typically caused by an irregular shaped cornea (a condition called corneal astigmatism). Instead of the cornea having a round, symmetrical shape it is shaped more like a football, where one meridian is significantly more curved (like a football), refracting the light that enters the eye in a way that distorts your vision. In some cases, astigmatism is caused by the shape of the lens itself (a condition called lenticular astigmatism).

Astigmatism is incredibly common in the United States affecting approximately one in three people according to the American Academy of Ophthalmology.

You are at a higher risk of developing astigmatism if: 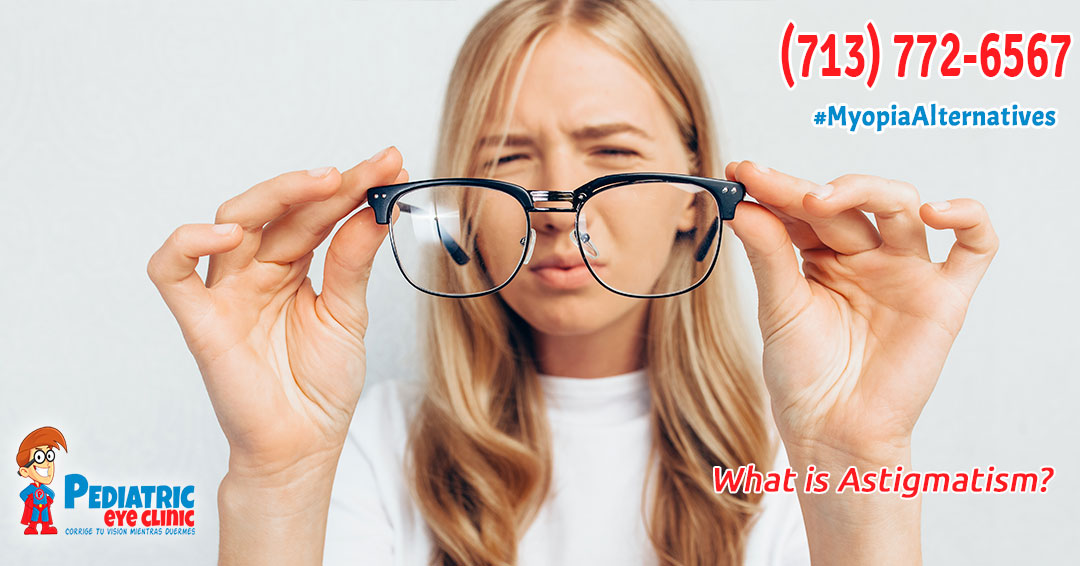